Thank you for voting - we won! 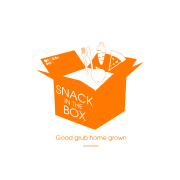 Everyone at Orangebox would like to say a huge thank you to everybody who supported and voted for the project Snack in the Box in the ITV People's Millions competition last week. We were absolutely delighted when ITV turned up the next day with a giant £50,000 cheque!

VOTE SNACK IN THE BOX TODAY! 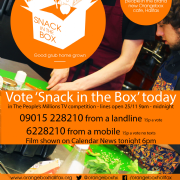 Orangebox young people's centre in Halifax is one of only six groups in Yorkshire that have been shortlisted to battle for the public vote and £50,000 of lottery cash in ITV's The People's Millions TV competition.